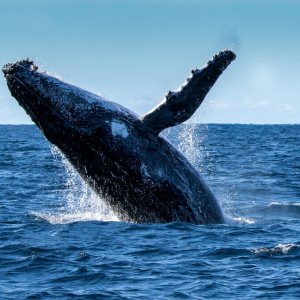 A reason for the recent up-and-down behavior of bitcoin may have been uncovered. It’s being reported that several whales moved millions of dollars of bitcoin between three unknown wallet addresses. Bitcoin Whales Are Up to Something The total in question comes to about 77,000 bitcoins. That’s just shy of $800 million, or about 0.43 percent...The post Are Whales Behing Bitcoin’s Latest Dips? appeared first on Live Bitcoin News.